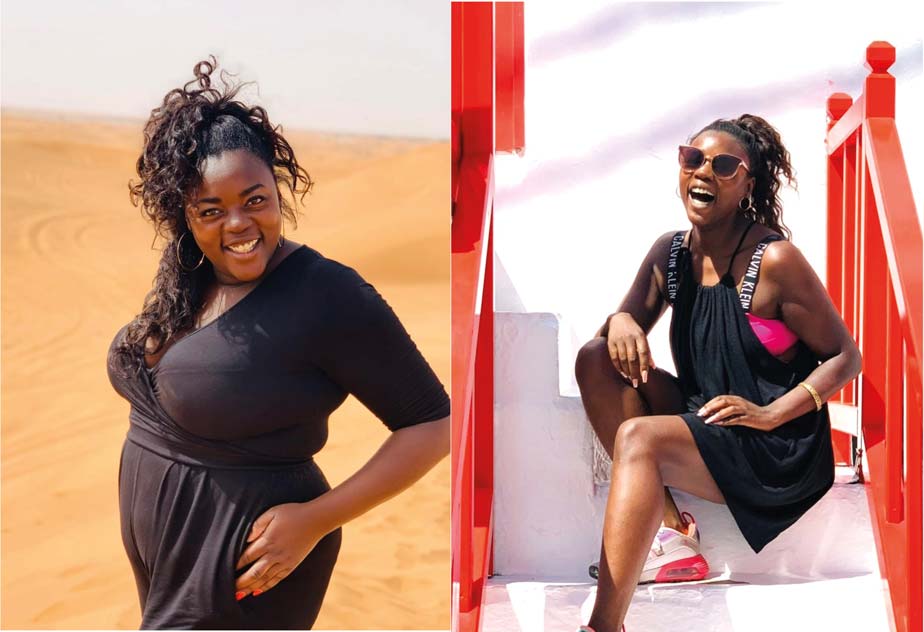 As a self-employed make-up artist for big feature films like Matrix and series like Dark and at the same time mother of a toddler, Ester had a hard time in the Corona era. After the birth of her child, she already had too many kilos on her ribs for her taste. When then also the orders and thus a lot of activity from her everyday life broke away, she made the decision to use the time finally for themselves and their bodies.

At the beginning of 2020, with a height of 1.70 m and dress size 44/46, she finally weighed 107 kg. The excessive kilos took away too much of her vital energy and were also simply too often in the way when playing extensively with your child. Skeptical at first, she turned to her My Weight doctor Dr. Klaus Peter-Kolbe in Berlin.

However, she lost her skepticism very quickly. Because what she found in the practice convinced her. Dr. Kolbe took time for her and showed her various options that could help her on her way to her desired weight. In the end, she decided on the therapy program with the intragastric balloon because of the good care she received. Ester knew that losing weight on her own had never worked in the past.

Esters path to the gastric balloon

In May 2020, the time finally came. Ester had her gastric balloon inserted. Already one week before her procedure, her aftercare advisor contacted her and clarified final questions about the procedure. Especially the helpful tips on which medications she could already get for her medicine cabinet or which meals she might already cook encouraged her to get through the first days of acclimatization well.

Ester finally decided on the Spatz3 gastric balloon, which has a shelf life and therapy duration of 12 months and promises weight loss of more than 25 kg on average, according to studies. After Dr. Kolbe examined her stomach, the intragastric balloon was inserted into her stomach and filled during a gastroscopy.

During this procedure, the intragastric balloon was filled under constant visualization to ensure it was the optimal size for Ester’s stomach. Over the next few months, the balloon reduced the size of her stomach, weakened her sense of hunger and strengthened Ester’s sense of satiety. She became full faster and hungry much less quickly.

The longer the intragastric balloon helped her lose weight, the more discipline and ambition Ester developed. As soon as the first kilos were lost, she changed her diet to smaller portions and moved more with her child.

However, the gastric balloon also showed her that it could not be the solution to all her problems. Food had too often been a reward for Ester. When that reward went away, she realized she needed to find other ways to do something good for herself. No sooner said than done: in addition to making all the positive changes in her life, she also decided to work on herself with the help of behavioral therapy.

Six weeks after starting the behavioral therapy, it was already half-time. Within 6 months, Ester had already lost a fantastic 25 kg and was determined to lose more than 35 kg.

On May 19, 2021 was the big day – the day of the removal of the Spatz intragastric balloon. Ester lost an incredible 39 kg and now weighs an incredible 68 kg at a height of 1.70 m. Her dress size was reduced from 44/46 to a dress size of 36. After she sent us her intragastric balloon experience report in Berlin and took one last look at her closet, it was clear to her: nothing better could have happened to me!

Ester’s Spatz intragastric balloon was removed almost half a year ago. Proud and happy, she describes her feelings and her gastric balloon experience after this sometimes exhausting and exciting year. And she is allowed to be! After the successfully mastered therapy Ester looks even more attractive than she was before anyway. She is convinced that the therapy worked very well for her and wishes future patients the courage to confide in a doctor and much success in achieving their goals.

If you now feel strengthened in your opinion and maybe want to read more experiences, you can find Ester’s post in our Facebook group (German). Are you still not sure about the procedure or would like to get more information? Just get in touch with us or continue browsing our blog.